AFTERLIFE, a 4 million € EU project focused on finding an integrated solution for the recovery and conversion of relevant fractions from wastewater, was officially launched Monday September 11. Led by EggPlant Srl, the project consortium is comprised of 15 partners from 7 European countries.

On September 11th and 12th the official kick-off was held for the Afterlife project in Bari, Italy. Scientists at companies and research institutes will be cooperating for the next four years to find an integrated solution for the recovery and conversion of relevant fractions from wastewater. AFTERLIFE is a European collaborative project framed on the Bio-based Industries (BBI) call. 15 partners (Idener, Austep, BBEU, Celabor, Lurederra, Mi-Plast, nova-Institut, VTT, CSIC, CTC, Nova-id-FCT, Jake, Heritage 1466, Citromil) from 7 European countries (Belgium, Germany, Finland, Croatia, Italy, Spain and Portugal) participate in this European 4 million € project.

Grant agreements have been signed for three new projects (Afterlife, RefuCoat and CIRC-PACK) funded through the EU program Horizon 2020, where Mi-plast will realize its partner role. Horizon 2020 is the EU program which contributes to accomplishment of goals stated in the key strategic documents of the European Union related to research, technological development and innovation. The guiding idea of the new framework program is to provide solutions and responses to the economic crisis, investing in future business and development, addressing EU citizens' concerns about their material security, general security and the environment, as well as strengthening the EU's global position in research, innovation and technology. Horizon 2020’s structure is based on three main priorities: Excellent Science, Industrial Leadership and Societal Challenges.

On the 21st of March 2017, in Zagreb, LIFE INFO day was held, presenting information on the Life Program and the possibilities of co-funding. LIFE program has been supporting different sectors for 25 years through co-funding of more than 4300 projects, granting over 3 billion Euros. The objective of LIFE projects is to ensure development and implementation of innovative responses to environment and climate change related challenges.

The INFO day gave information on the types of projects co-funded through LIFE, thematic priorities, co-funding rates, how to submit project proposals etc. 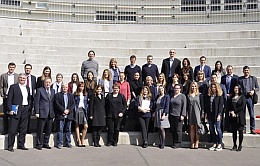 On March 16th 2017, Bio-Based Industries Joint Technology Initiative informative day was held at the BIOCenter on Borongaj, which brought together the representatives of academia, the real and the public sector. Head organizers of this event were the BIOCenter and the Agency for mobility and EU programs.

BBI JTI initiative operates under the auspices of the Horizon 2020, EU program for research and innovations, with the goal of making the European bio industry globally competitive, reducing its dependence on fossil based fuels and ultimately leading to sustainable and ecologically friendly growth. 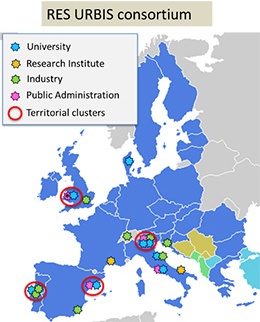 Mi-plast participates in the project Res Urbis (RESOURCES FROM URBAN BIO-WASTE), which began on January 1st.

This project is coordinated by the University of La Sapienza in Rome and it is based on the development of an innovative technological sector for the integrated treatment of various urban solid wastes (such as municipal waste and municipal sewage sludge). In order to achieve its ambitious objectives, a consortium formed by 21 entities from 8 European countries. This program is based on research and development with a dual objective: to minimize the amount of waste that is unused and disposed of and to obtain new environmental-friendly bioproducts using the same waste as a renewable alternative to petroleum resources.

In 2016 Mi-plast took a big step forward, and began collaboration on four projects within the framework of the EU programs H2020 and Life+: Hyperbiocoat, Funguschain, Pulpacktion and Life Ecomethylal. The funded projects are a result of teamwork of all project partners across Europe. With this accomplishment, Mi-plast confirms its place as one of the most successful companies in Eastern and Southeastern Europe in the field of bio economy, circular economy, biotechnology and biopolymers.

At the end of 2014, Mi-plast Company became a full member of the Bio-Based Industries Consortium – BIC which is the most significant organization in EU for R&D of bio products and biomaterials in Europe. BIC is a non-profit organization set up in Brussels in 2012. BIC represents the private sector in a public-private partnership (PPP) with the EU, represented by the European Commission, known as the Bio-based Industries Joint Undertaking (BBI JU), established in June 2014 as one of the pillars of the European Commission Bioeconomy Strategy. BIC members cover the entire bio-based value chain and consist of large industries, small and medium-sized enterprises (SMEs), regional clusters, European trade associations, and European Technology Platforms. The Bio-based Industries Joint Undertaking is dedicated to transforming renewable, natural resources into innovative bio-based products.

Mi-plast is the only company in Croatia and this part of Europe which became a full member and will, with its action and participation, help create politics and development of bio-economy in Europe.